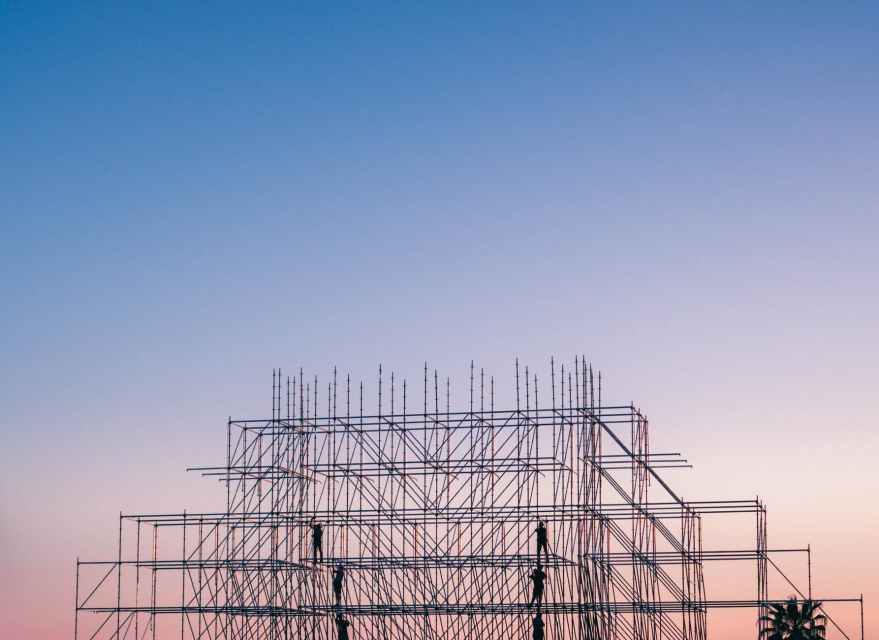 “So it’s something like a soul?” the boy in uniform swung his legs in the air as he sat perched atop a staircase hand-railing. The breeze from the passing cars did nothing to sway his center of balance.

“Yeah, I guess. You can’t see it with your eyes. Other people can’t interact with it. But when it moves, it can do some crazy things. I’m holding it in my palm right now, but you probably just see nothing. ” The girl in uniform spoke with a calm that seemed unsuited for the topic of conversation. She swung her legs too, rocking back and forth on the opposite railing.

“It all sounds like you’re trying to prank me again, to be honest.”

“It does, doesn’t it? Even if I show you how it works, you wouldn’t believe me, huh?”

“‘Kay!” She hopped off and landed with a stomp. The sun’s slanted rays colored her white shoes a tint of orange. “I’m still learning so don’t be rude.”

The girl in uniform closed her eyes and expanded her lungs with the city air, tasting the ambient smoke. As if whispering, her lips shifted slightly. The boy in uniform did his best to observe carefully, his vigilant eyes considered the best of his classmates, but could see nothing. Then he felt a tingle.

He started to sense shivers running up and down his spine and the hairs on his arms raising. Even his vision began to see strange spots. Shaking his head or rubbing his eyes did nothing to make them disappear.

“What’s happening?” he found himself saying before he knew it.

She did not respond, breathing out in an exaggerated fashion, lowering her arms in the process. As she opened her eyes, the girl sighed, “Believe me now?”

“Kind of, but what were you doing?”

“So what I did…” she started as she hopped back onto the metal railing, “Ow! I just zapped my butt. Anyway, I visualized the soul thing to turn into a spring and just spun it really fast. The faster I spun it, the more it starts to do strange things.”

“It’s not strange things. It’s an electric field,” he said, a dawning realization widening his eyes. “Like a coil of wire in a magnetic field…”

“A what field?” she said quizzically, “You’re confusing me.”

“Can you imagine spinning it even faster? And add more loops of coil to it.”

She jumped back off, taking in an enormous volume of air. The boy now realized that when she was visualizing all of this, she didn’t stop to breathe. Perhaps it impeded her concentration to do so. In any case, he focused all of his attention on her and his surroundings, glued to the railing.

As time passed, his hair began to rise again. The sensations were becoming more intense as his vision began to grow spotty. Suddenly, a sharp pain cascaded down his legs and up his arms. The boy fell from the railing. As his hands met the surface of the cement, his body weight fell to the side, and his legs slipped down a few steps of the stairs. He looked up at her, every hair on her body standing on end. Her head seemed to be wreathed in curly, writhing tendrils.

“Oh! Woah! That was weird!” she gasped, panting and sweating, “Are you okay?” Everything stopped at once. The kaleidoscopic colors ceased instantly.

He grunted, “Yeah, I’m fine. I think I scraped my knee, but it’s nothing compared to what I just saw.”

“What did you see?” she asked hesitantly. “You didn’t peek up my skirt, right?”

“Even better, I think you might a superpower or something. Like you can make electricity out of nothing. We need to test this out! See if you can electrocute things from a distance… or… or if you can power a fan!” His excitement made him scuttle back to his feet instantly. “If you get strong enough, you could become a superhero.”

“Nope! Not interested in all of that!” she smiled, “I knew you would say all that junk, too, but I showed you for a very specific reason.”

“I showed you because I think you can do it, too. You may not believe me, but I can actually see your soul with my eyes, too. It’s different from mine, and I can’t see anyone else’s, but I can see yours.”

“I’m not. You don’t have to believe me. Go try and do what I did by yourself in your room if you don’t want to embarrass yourself or something, but I think you can do it, too. Or not! I don’t know! Just a hunch.”

“How come you can see it though?” he said, furrowing his brow, “And… what even is it?”

“I wish I could tell you,” she shrugged flippantly, jumping off the railing to leave. “But you said that I’m making electricity? That’s kinda funny. I’m like a little battery then. I wonder if you’ll be able to do the same thing.”

“So I have to see it first, right? It starts with visualizing?”

“Something like that? I don’t know! Everyone’s is probably different, too,” she casually suggested as she turned around.